Walking in the Mendip Hills.
When my father was in the Home Guard he sat at the top of this tower with his rifle. 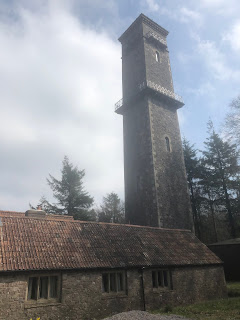 Liz is taking part in "Fresh Air" an outdoor sculpture exhibition in Quenington in June. www.freshairsculpture.com. Her work was photographed at the venue last week for the catalogue. 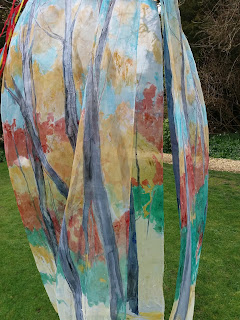 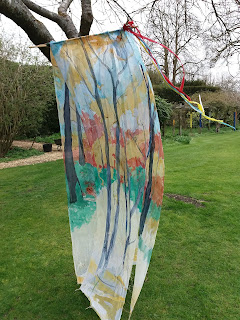 The piece is called "Between and Through" and references trees and the shapes made from the spaces between them. It consists of three lengths of painted and stitched cotton organdie suspended from a frame. The joy of organdie is that it is fine but strong and can be seen through and has been Liz's preferred fabric for some years.

Liz Harding
Posted by Liz Harding at 10:05 No comments:

A feast of beads in Marrakesh

Linda always returns from her visits to Marrakesh with fresh treasures and photos full of rich colours.


This time, a basket full of  beads especially caught her eye. She says she found them in '... one of my favourite shops in the Medina - just crying out to be strung. The proprietor usually asks me to share his lunch!' 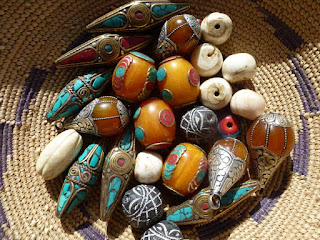 Looking and talking clearly pays off!

Posted by Charlton Stitcher at 10:26 No comments:

Seeing Hellebores in my garden under an ash tree, delicate and subtlely coloured, surely made me think Bloom!

Fresh shapes and pastel colours to explore? Perhaps a new departure for me.

Posted by Charlton Stitcher at 16:53 No comments:

Walking in Kingston Lacey woods, I came across these beautiful ‘moss cups’. I don’t think I’ve seen these since my childhood. 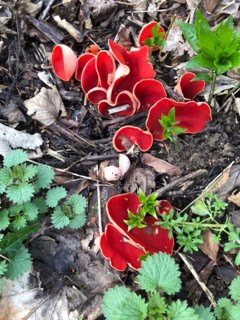 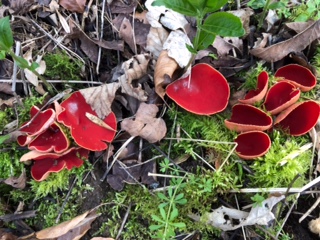 Posted by Charlton Stitcher at 21:13 No comments:

Linda has been experimenting further with flower shapes seen on her many visits to Marrakesh for our exhibition Bloom in the Gardens Gallery, Cheltenham, in September.

Here, in these two examples shown tacked to a window to highlight their transparancy, she has explored the use of stitch with paper coated with beeswax and produced some interesting effects with overlaps along the way.

In the last example, she has returned to her previous work stitching on paper and has added some developments with vaious weights of wool and thread on felt. 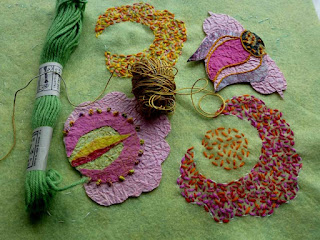 Posted by Charlton Stitcher at 16:35 No comments: 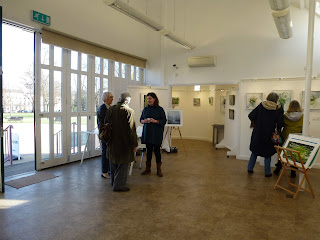 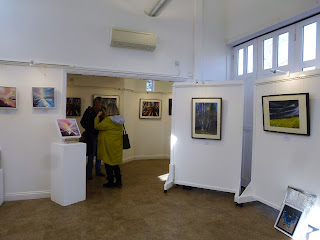 The group went to see The Gardens Gallery where our next exhibition 'BLOOM' opens on September 4th this year. We found a lovely light and airy space where we will be showing our latest work for a week.
Posted by Liz Harding at 12:03 No comments:

These early tulips are brightening up the garden and they are going to be used to continue my exploration of close up images of blooms. Instead of working on my usual organdie I am using recycled paper, in fact an old piece of work, now painted over with gesso soon to reflect the glowing colours of flower details. 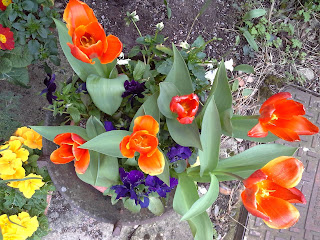 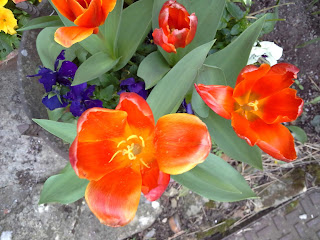 Enticed by the wonderful weather last weekend and with our Bloom exhibition in Cheltenham in September in mind, I took photographs on two walks of the first hints of spring in the hedgerows and along the edge of a local wood. There were many examples of blooms to choose from. The extraordinary weather had encouraged flowering so early in the year.

There were many springtime yellows, first of all that lovely, optimistic early buttercup, the Celandine. 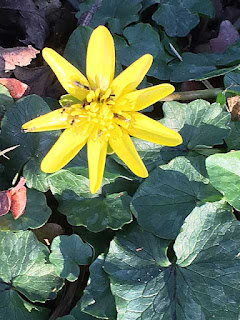 There were miniature daffodils on the edge of a wood. Did they escape from a nearby garden or were they deliberately planted? 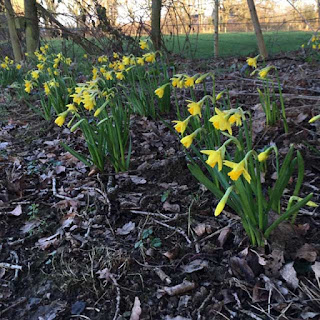 And then, there were banks of primroses, often seen from the car with no chance of stopping to photograph so shown here a single clump just coming out on the edge of the same wood. 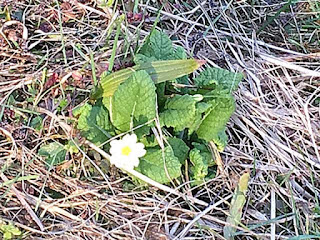 Walking further on in the sunshine, I found delicate blue common field (?) speedwell, 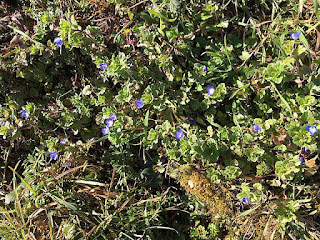 and a few clumps of deep purple crocuses. 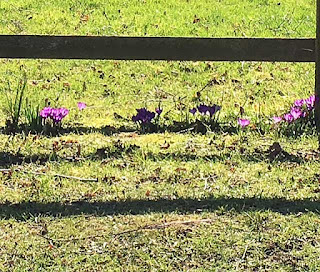 Then there was something quite different - maybe the earliest of all flowers to appear - on hazel bushes growing freely beside a lake in the Cotswold Water Parks.

This bush was spectacularly covered in catkins (the male flower), now nearly at the end of their flowering period. The catkin is of course a flower but so different in character from most others and the hazel is the most hard-working of bushes. It has to produce vast quantities of pollen to ensure at least some is wind-blown to fertilise the tiny red female flowers - hence the long muli-flowered catkins. 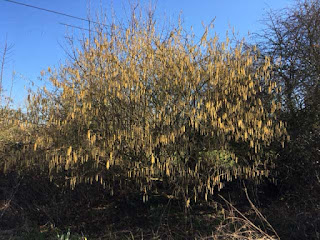 Of all these flowers, I suspect the one that may finally find its way into work for the exhibition is the celandine but time will tell.

Posted by Charlton Stitcher at 17:29 No comments: