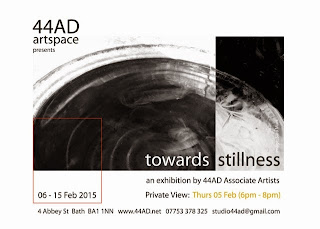 Brenda Miller was a founder member of the BB's 25 years ago this year!
See more of Brenda's work here
Recently Brenda has collaborated with both Susi Bancroft and Liz Harding in her
film work. Do visit if you can
Posted by Susi Bancroft at 20:13

Mycelium at Nature in Art

Paul Stammets, in his book, 'Mycelium Running ' describes mycelium as a matrix, a biomolecular superhighway, Earth's natural Internet. He also says that within a single cubic inch of topsoil there is enough mycelium cells to stretch more than eight miles if placed end to end. That we must enlist fungi as our allies,against all the man made toxic 'bitter fruits of science', which are causing our environment to break down.

Stammet says, 'tread softly on the web of life' 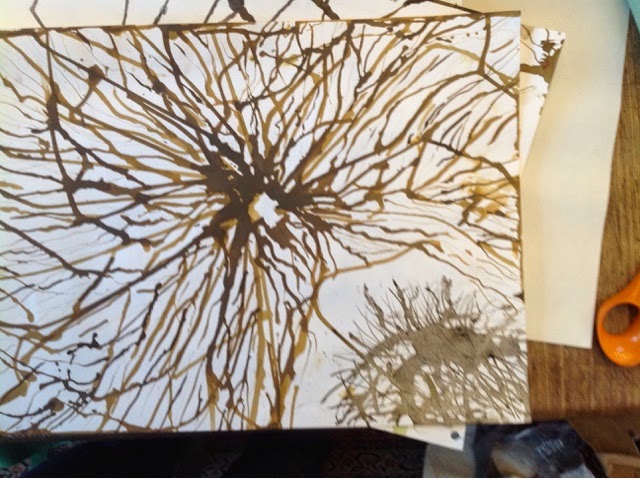 Sharing work at our January Meeting

A few quick 'snaps' taken to give a flavour of work.. 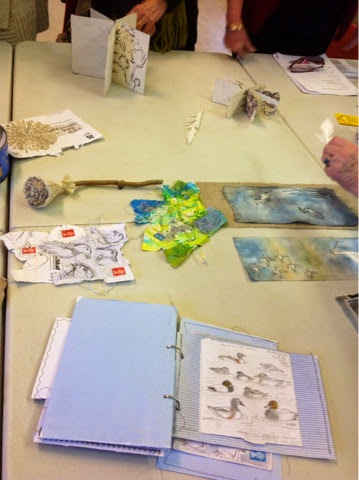 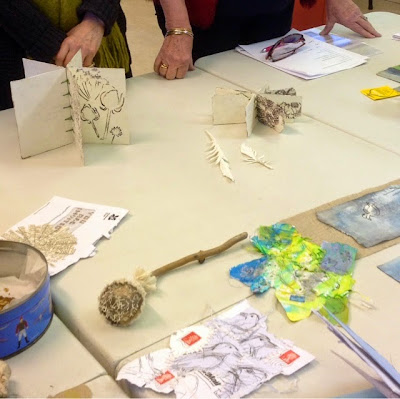 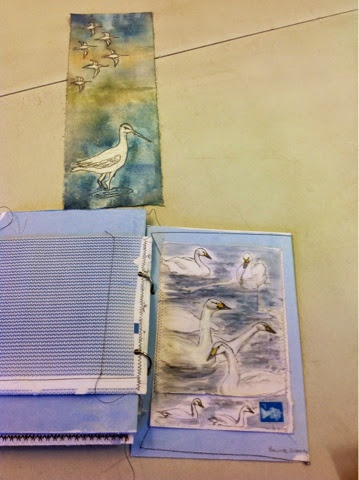 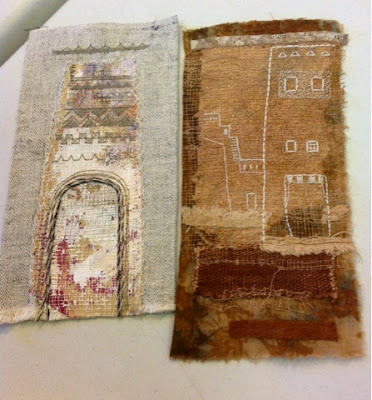 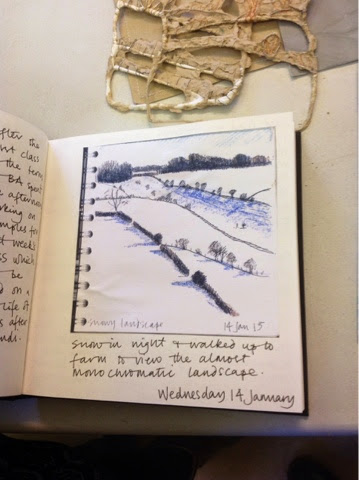 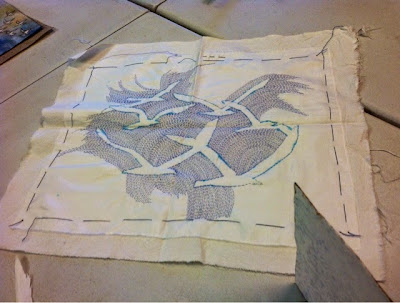 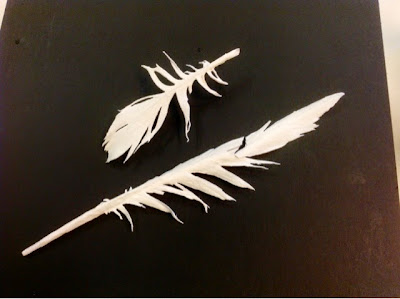 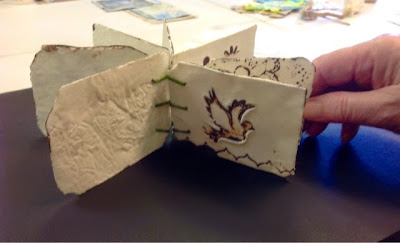 Group work in the first two, followed by glimpses of work in progress  from
Louise, Linda, Corinne, Carolyn
More next time....
Posted by Susi Bancroft at 11:44 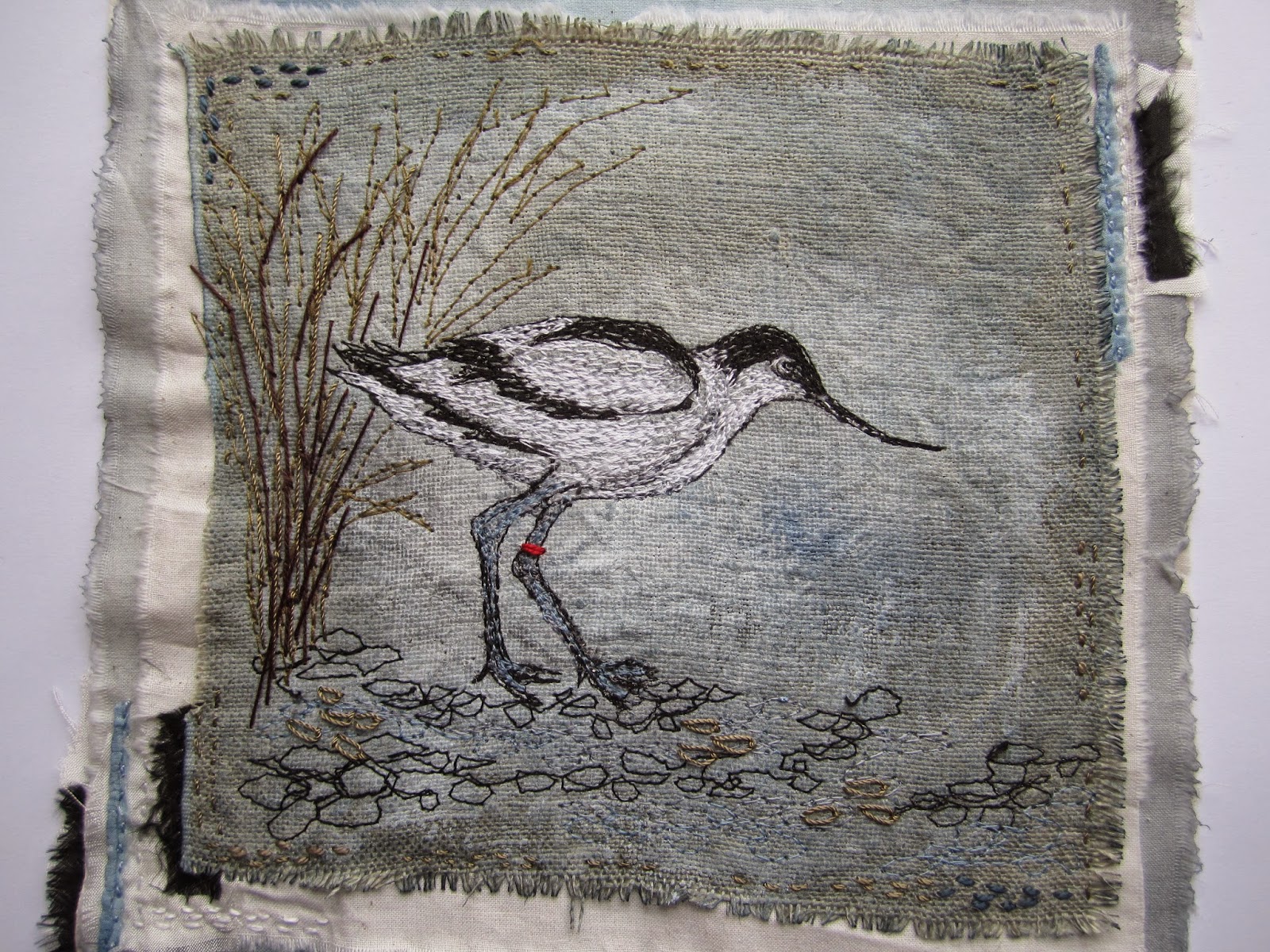 My first piece finished for our exhibition in August. I  have been visiting Slimbridge WWT, making sketches and taking photographs. They have a resident group of Avocets so it is easy to get up close to them and take photos.
Posted by Louise Watson at 08:40 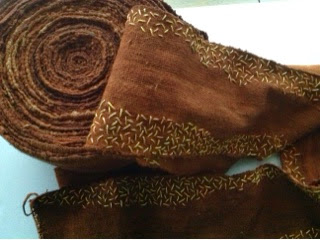 Steadily stitching marks on this roll of Terracota Mud cloth, varying size and colour of my marks. All my marks representing leaves in the canopy of the trees or the blanket of leaves on the forest floor as I walk. My first piece for our exhibition at Nature in Art.
Enjoying the meditative rhythm of the needle and thread through the cloth as I stitch, thinking of my favourite time of year surrounded by the comforting colours of Autumn, helping me forget the greyness of January.
Posted by Liz Hewitt at 08:19 No comments:

I am enjoying making these mushrooms,ha I think I have a touch of alice in wonderland! 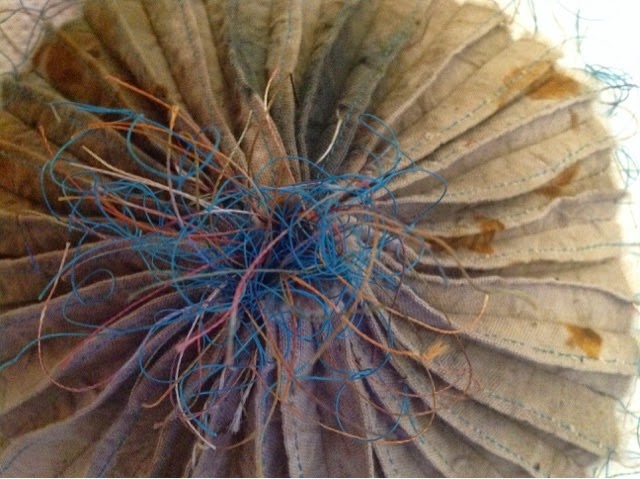 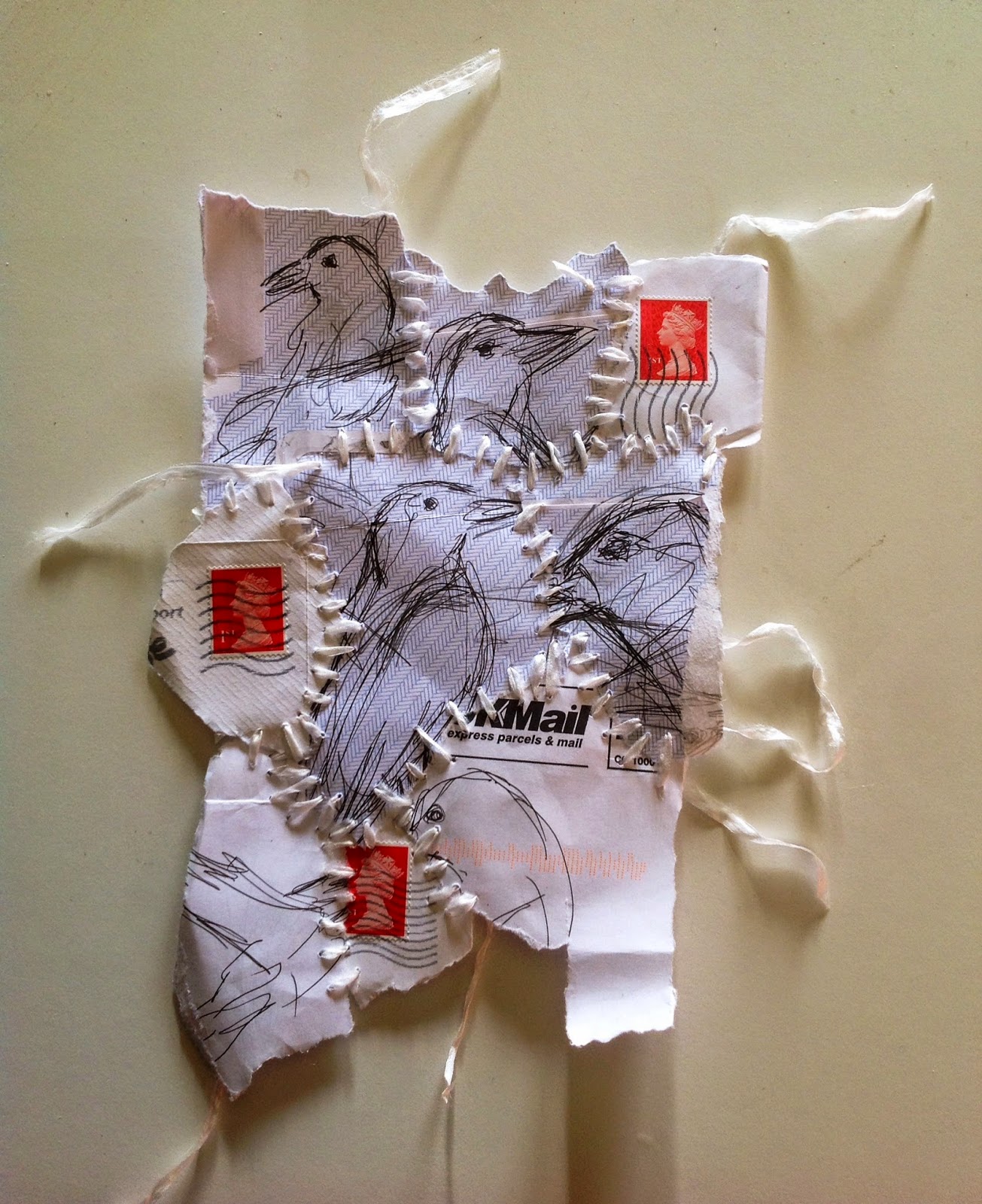 A little experiment following on from this
More 'back of an envelope' quick drawings whilst watching the crows...
torn, stitched with silk selvedge in a 9 patch... I have more plans.
The joy of this is to try out ideas! 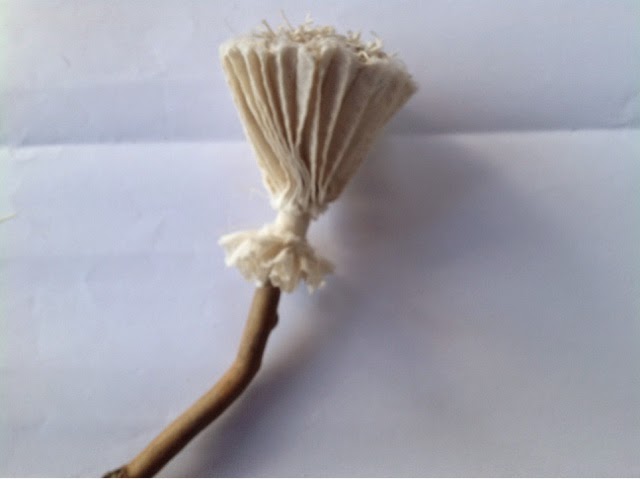 Arboretum - The Art of Trees 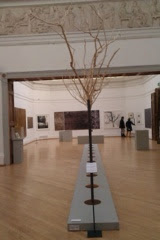 Went to see the latest exhibition at the RWA, in Bristol last week  - Arboretum  - which explores the art of the tree. With this installation of white sycamore, steel & bone, as a centre piece. 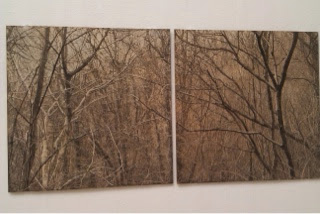 One of my favourite pieces by Fiona Hingston who has used earth & charcoal on paper to draw these trees. A beautiful ethereal piece.
The whole gallery had a lovely peaceful atmosphere as we walked through. I feel truly inspired, but perhaps I am biased as my passion is trees.
It deserves another visit.
Posted by Liz Hewitt at 19:23 No comments: 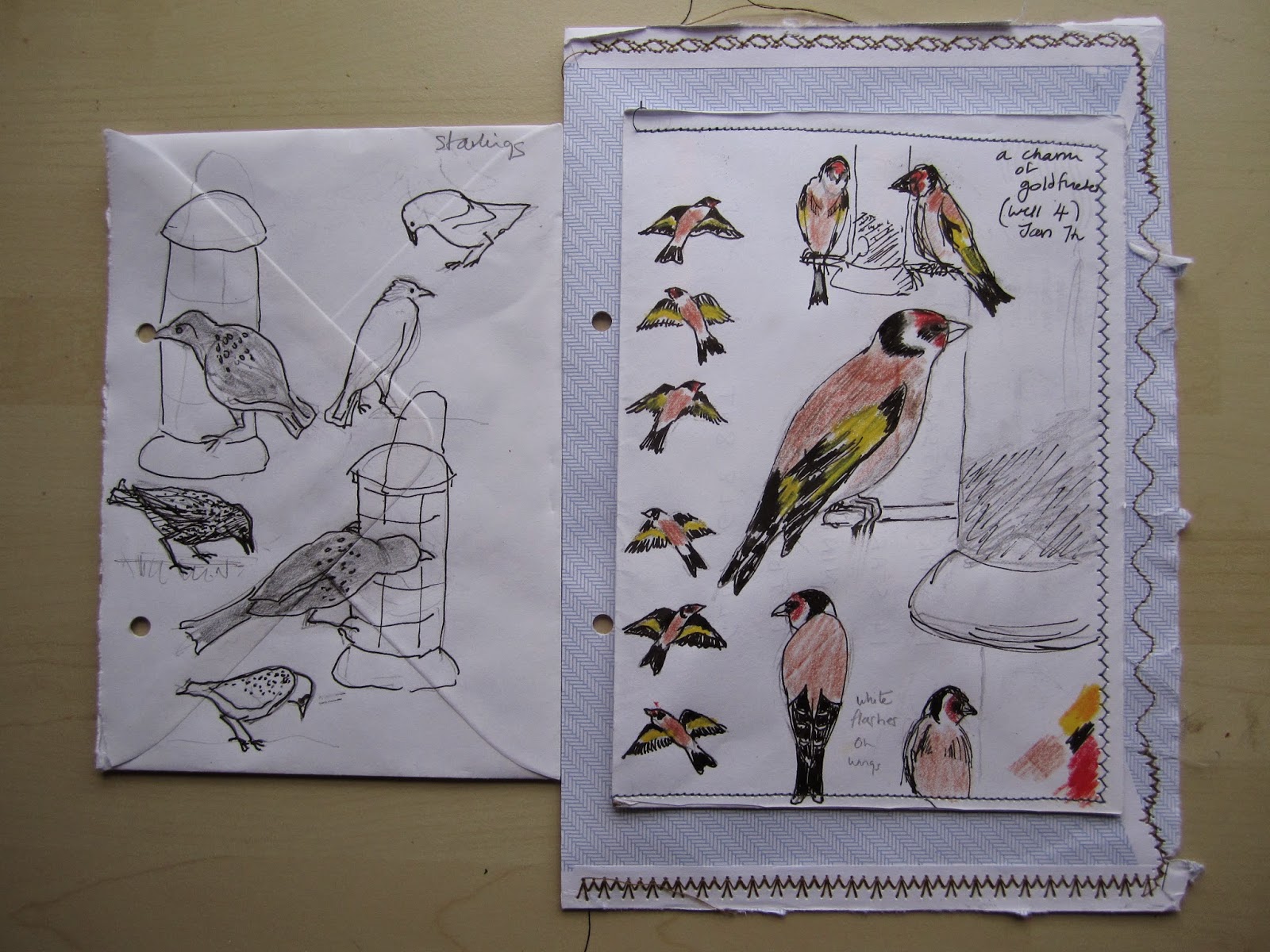 Goldfinch and starlings on the bird feeders.
Posted by Louise Watson at 08:57 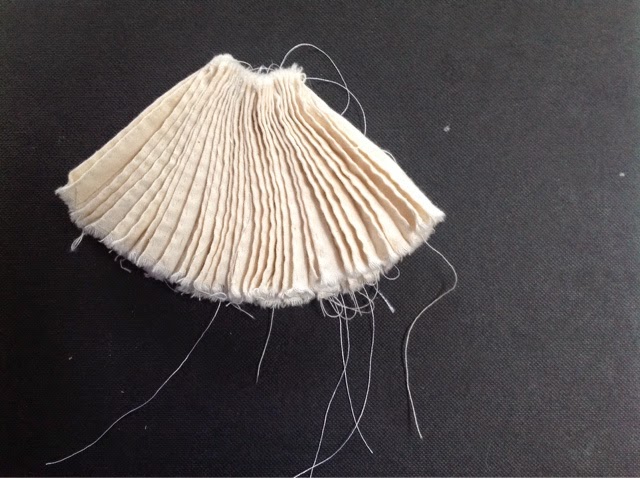 To calculate the length of fabric needed I had to remember early mathematic lessons at school. Lots of stitching to begin New year.,