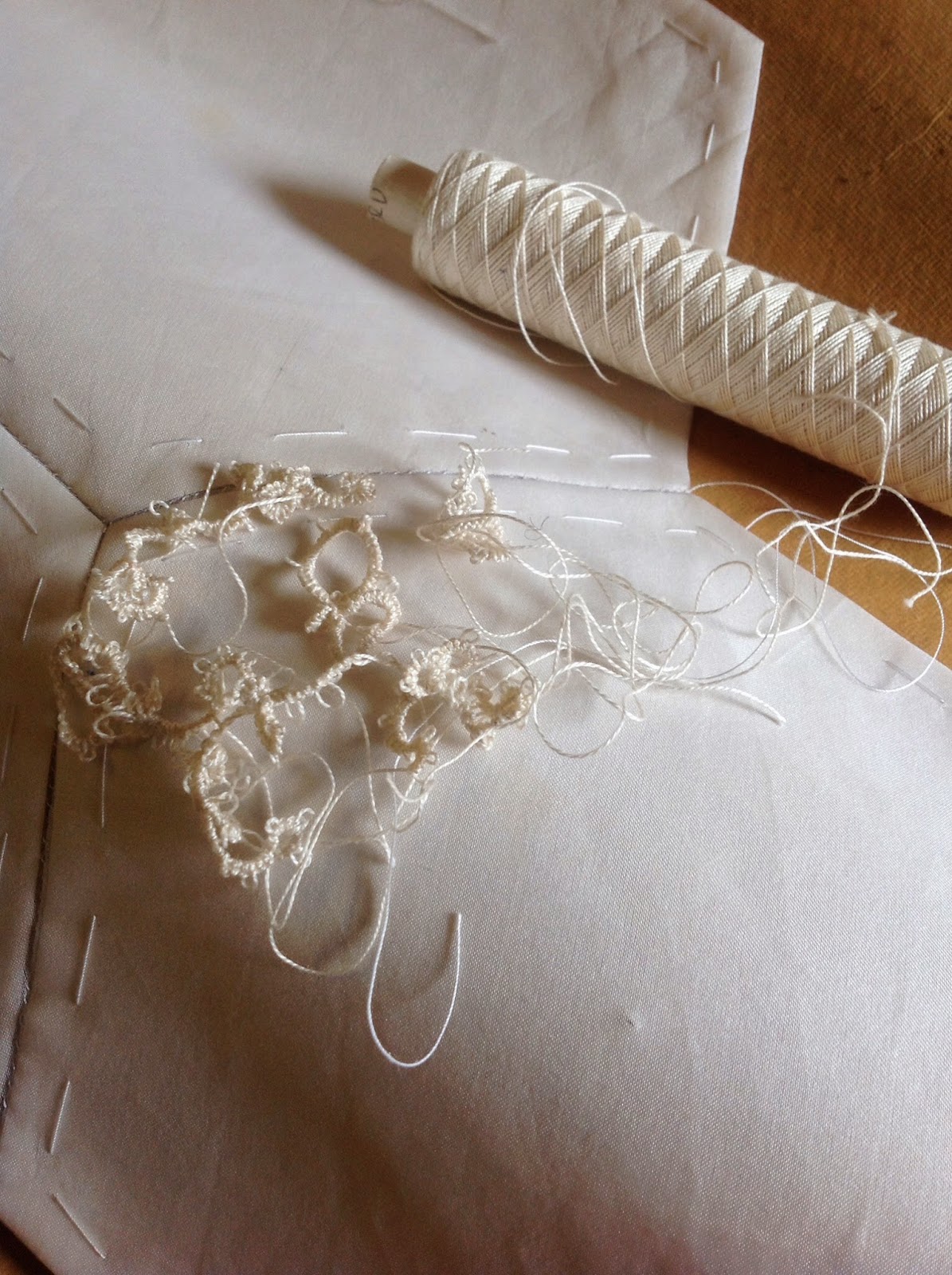 For the Broderers Exhibition at Bridport Arts Centre I showed a little film about making and meditation alongside the pieces of work.
And so, in thinking about developing both the film work and stitch work, I decided upon making a screen from hexagonal pieces in paper, organdie and organza with insertion stitches. Hopefully a beautiful screen on which to watch the gentle movement of light on fabric and create an intriguing surface on which to project the films themselves. Learning more about insertion stitches from the Broderers who generously share knowledge and skills, I also happened upon the craft of  needle tatting via a stitch friend and have experimented with a tatting edge.. We shall see - it will take time!
Posted by Susi Bancroft at 11:55